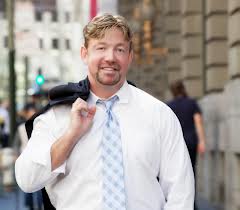 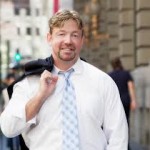 Sometimes we assume that there is no room to be Gay and be Mormon….. but today we blow that false assumption right out of the water.  Today we also help LDS distinguish between Doctrine, Policy and Culture around this issue.  We tackle how to be more inclusive and how to bring all unto Christ.

Today I sit down Mitch Mayne, an Active Gay Mormon.  Bro. Mayne describes himself this way

I was raised in Idaho, and baptized into the Mormon Church when I was eight. I left the church for many years, due in large part to my parent’s divorce. In my mid-20s,
I returned to the church of my own accord, knowing full well that I was gay, and that someday I would have to find a way to reconcile my sexual orientation with my faith. For many years, I was fractured: I believed I was a man with a foot in two worlds, and that I belonged in neither. But as I’ve grown in my testimony of my Savior and my confidence in who I am, I’ve come to understand myself as a man with a foot in two worlds–who very much belongs in both. From August 2011 through November of 2013, I served as the executive secretary of the bishopric of the Bay Ward within the San Francisco Stake.
I currently remain an active, happy and whole gay Mormon–just the way I am.

Resources
http://www.mitchmayne.com/
http://familyproject.sfsu.edu/
Supportive Families / Healthy Children  – Pamphlet that can be helpful any in this situation