Mormonism LIVE: 093: The Tar and Feathering of Joseph Smith 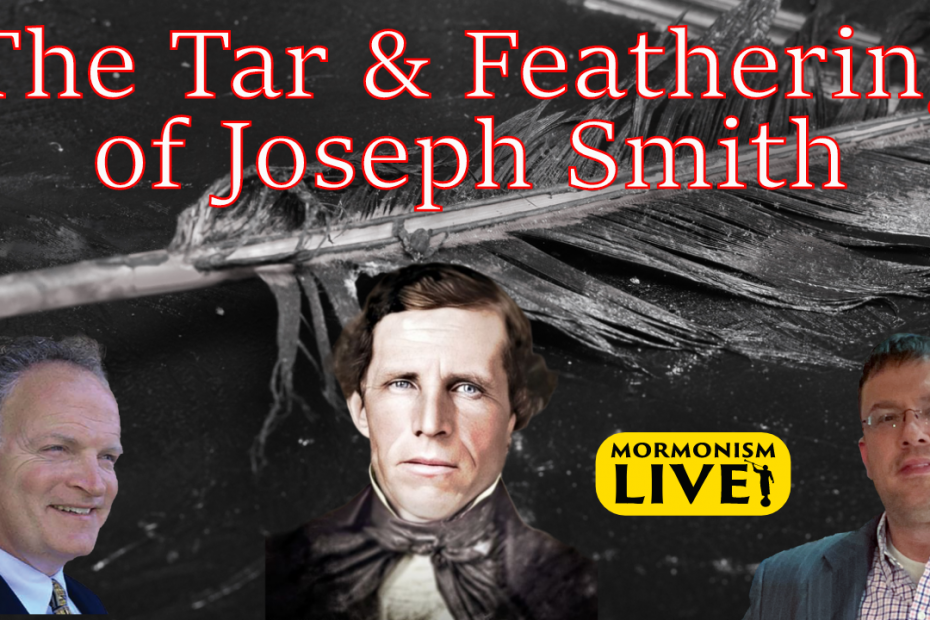 In Mormon parlance, the Tar and Feathering of Joseph Smith is a faith promoting story about a mob of mean men punishing Joseph Smith for being a prophet. But it doesn’t take one long when their ears are to the ground in non-correlated circles to hear rumblings that the tar and feathering is connected to something more devious on Joseph Smith’s end. In this episode Bill & RFM explore the story of Joseph Smith’s being tarred and feathered to see what info there is that can best explain this mob mentality in the wee hours of the morning of March 25, 1832.

A.) Setup of the story with the context of how Joseph Smith was in Hiram Ohio and what other historical context is needed to help people grasp this moment historically (Leaving out the possible scandalous context)

After returning to Ohio from Missouri in late August 1831, JS made preparations to move his family from Kirtland to Hiram, Ohio, where he planned to resume his “translation,” or revision, of the Bible—a project he had been working on since 1830. The move occurred on 12 September 1831, following a conference held in Kirtland that same day.1 In Hiram, JS and his family stayed at the John and Alice (Elsa) Jacobs Johnson home, sleeping probably in a back room on the main level. In the end of October, the Johnsons partitioned an upstairs room, creating a work space for JS in the southeast portion of the house, where he worked on the Bible revision.2 Beginning in September, John Whitmer served as scribe for this project, working on the books of Matthew and Mark, until Sidney Rigdon assumed this responsibility in November.3 Periodically, JS traveled to Kirtland or other townships in northeastern Ohio to conduct church business,4 but he spent most of the fall in Hiram.

B.) How the mob mentality was built up and tensions arose

C.) The event as described by Joseph Smith (Where Joseph abbreviates the mob’s language we have inserted the actual swearing)

D.) Details of story as suggested by those involved as well as additional researchers after the fact.  Some of these came out in the narrative we just read others are added from additional sources.

“TRIUMPHS OF THE MORMON FAITH” — Several verbal statements agree in establishing the following facts.” “That on Saturday night, March 24, a number of persons, some say 25 or 30, disguised with coloured faces, entered the rooms in Hiram, where the two Mormonite leaders, Smith and Rigdon were sleeping, and took them, together with the pillows on which they slept, carried them a short distance and after besmearing their bodies with tar, applied the contents of the pillows to the same.

E.) The additional data that is left out of Faith promoting tellings, recognizing some of it may be unsubstantiated.

Hartwell, his son, then said, “I well remember that night. My father was extremely ill and spent the night in the outhouse.”

a.) But it appears that perhaps Susan Easton Black was distorting the story.  The source found said the following – After the event, if anyone inquired of the whereabouts of any of the mobbers of 24 March, an appropriate alibi was ready. These alibis were even passed to the next generation. For example, according to Ryder’s son, Hartwell, Ryder was not involved in the tarring and feathering of Joseph Smith. Nor did he preach on the following Sunday in the south schoolhouse on Ryder Road and glory that he had been an instrument of the Lord in driving the Mormons out of Hiram. Instead, Hartwell wrote, Ryder was “ill in bed at the time.”

“The motives of the mob are best understood as a public manifestation of the personal feud between Smith and Rigdon, and Ryder and Booth. When Booth and Ryder left Mormonism, they seemed to believe that their attacks against Smith and Rigdon would go unchallenged and result in the fall of Mormonism. One man wrote that Booth gave Mormons “such a coloring, or appearance of falsehood, that the public feeling was, that ‘Mormonism’ was overthrown.”51 Yet Smith and Rigdon launched a campaign against Booth and Ryder that rebuffed their accusations and discredited both men. Particularly Ryder, the likely organizer and leader of the mob, seemed determined to pursue a personal vendetta against Smith and Rigdon. Ryder claimed that the central factor was property, especially the perceived loss of property among Smith’s followers and the corresponding accumulation of property in Smith’s hands. The doctrine of Mormonism that would come to be called the Law of Consecration required members to deed their property to the Church to be used collectively for the benefit of all Mormons under the oversight of Mormon leaders. Individual Mormons would then receive land back from the Church as “stewardships’ from which they were to provide for their families and then distribute any excess for the care of the poor. This redistribution of property and wealth caused a fury amongst some Mormons who viewed private property ownership as a central component of their broader American identity. Ryder and Booth’s war of words against Smith and Rigdon, combined with charges of property aggrandizement against Smith, generated an atmosphere wherein generally peaceful Ohioans resorted to violence in an effort to protect both reputation and property.”