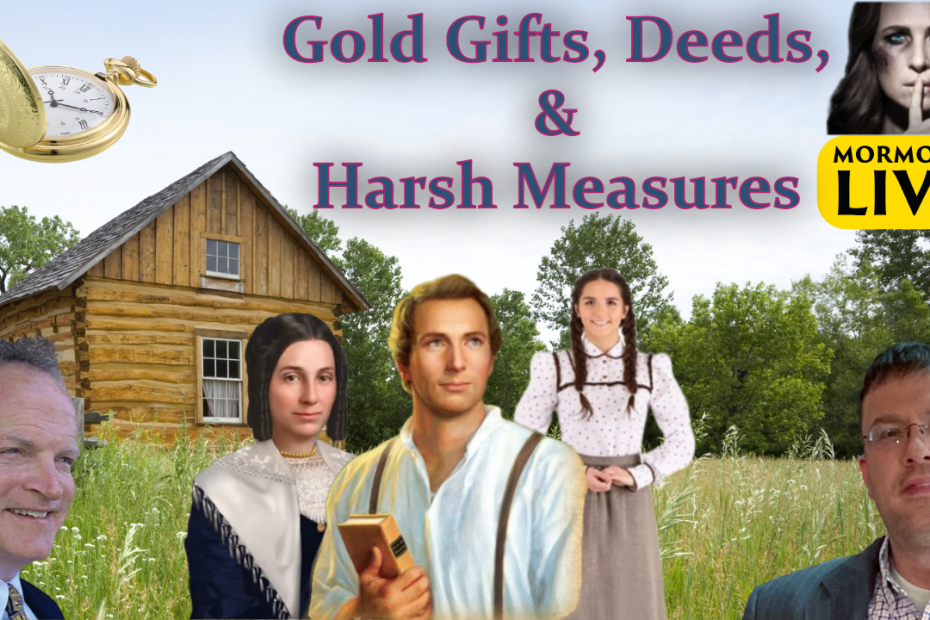 In this Episode Bill and RFM will go into a story few members know about in regards to the Prophet Joseph Smith and one of his young plural wives. It involves some re-gifting, a land deal, and Harsh Measures

b.) Member of Nauvoo Masonic Lodge

B.) The Interactions between The Woodworth family and the Smiths generally

E.) Joseph Smith seems to be in the picture a lot but this is because 16 year old Flora Ann has by the Spring of 1843 become a plural wife of the Prophet Joseph Smith

1.) In the spring of 1843 Joseph Smith was sealed to 16 year old Flora Ann Woodworth

2.) That story w/ Orange Wight…  here is the rest of the story

F.)  The Gift Giving of a Gold Watch

G.) According to Clayton the argument that started when Smith showed up on the scene to find Emma in a confrontation with Flora continued on the carriage ride home and once the Smith’s got back to their home.  George D. Smith, ed., An Intimate Chronicle: The Journals of William Clayton (Salt Lake City: Signature Books, 1995), 119.

I.) And as I was digging into this story…… I found a couple more things

March 31, 1843 ~ Friday On the 31 friday I spent the afternoon at Mr Lucian Woodworth’s in company with Joseph Smith, Hiram Smith, Heber C. Kimball Orson Hyde, a Br Chase with our wives we had a feast of a fat turkey & had a good time