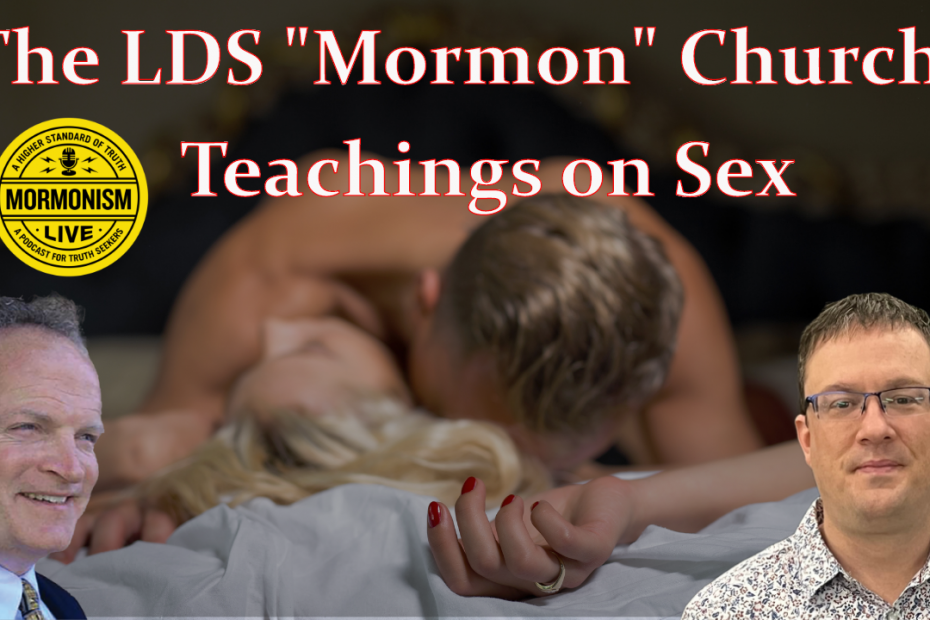 Bill and RFM take a deep look at how sex and sexuality were presented within the LDS Church over the last 200 years. What was taboo and sin and to what degree did Leaders impose what could and could not go on the Bedroom.

ORAL SEX AS AN UNHOLY AND UNNATURAL ACT

Spencer W. Kimball and the First Presidency naming it in official letter

BIRTH CONTROL  (I want to be extremely brief here.  I am going to present these quotes in passing)

A.) Early Teachings against Inter-racial Marriage

B.) People were punished for inter-racial marriage up to the 1960’s

A.) Boyd K Packer “To Young Men Only”

B.) Spencer W. Kimball – Use Mormon Think to show the litany of quotes

D.) Stance has softened in recent years AND I EXPECT SUCH TO CONTINUE

A.) President Joseph F. Smith stated – [T]he Church of Jesus Christ of Latter-day Saints has formulated no special rules governing the associations of married people. . . . [A]s to their mutual conduct in the marital relation, so far as sexual intercourse is concerned, they are left entirely free. – Joseph F. Smith To Frank S. Bellings, FEB. 17, 1905.

B.) President Joseph Fielding Smith stated when asked a similar question by an anonymous female member “The Brethren feel that the question which you raise is such as should be answered by you and your husband and in accordance with your own convictions. The Church has never believed it necessary to issue instructions pertaining to intimate relations between husband and wife.” – Joseph Anderson – Secretary to the 1st Presidency to L.A. Mar 23 1971

C.) Others Statements- “[S]exual relations within marriage are divinely approved not only for the purpose of procreation, but also as a means of expressing love and strengthening emotional and spiritual bonds between husband and wife.”

D.) “Physical intimacy between husband and wife is beautiful and sacred. It is ordained of God for the creation of children and for the expression of love within marriage.”

RFM ADDITION–I THINK THE CHURCH’S OBSESSION (DARE I CALL IT THAT?) WITH VIRTUE AND CHASTITY HAS LED TO THE STRANGE SITUATION OF THE CHURCH USING GREAT WORKS OF ART TO ILLUSTRATE CHRISTIAN-RELATED THEMES, BUT MODIFYING THEM TO MAKE THEM ACCEPTABLE TO THE STRICT RULES OF THE LAW OF CHASTITY.

NOTE–IT IS THE LAST ARTICLE LINKED ABOVE FROM THE DAILY MAIL THAT SHOWS THE PRIOR MODIFICATIONS.